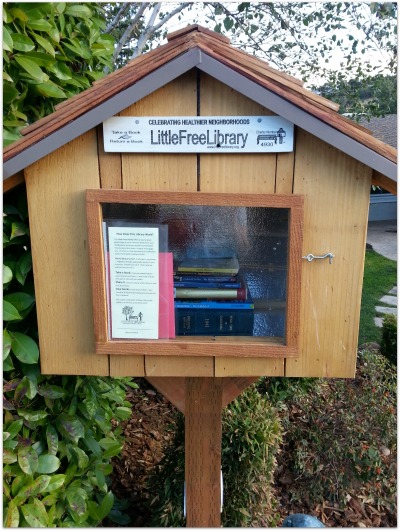 A couple of nights ago, I was out walking in the neighborhood with my daughter when we noticed a “Little Free Library” stand at 100 Belhaven Drive (at the corner with Harwood Road).  It had a few books inside and said “take a book, return a book”.  Apparently there are little free libraries all over the place, but it was the first we’d learned of it.

The website for Little Free Library says that their mission is

This appears to be a new phenomena.  Navigating around the website, there’s a link to a map with their sites. This new one in Belwood isn’t shown, but there’s one in Almaden, 2 in Cambrian, 1 in Campbell, and another in West San Jose. Kudos to our neighbors for getting it started here!
For more information, please see www.LittleFreeLibrary.org. 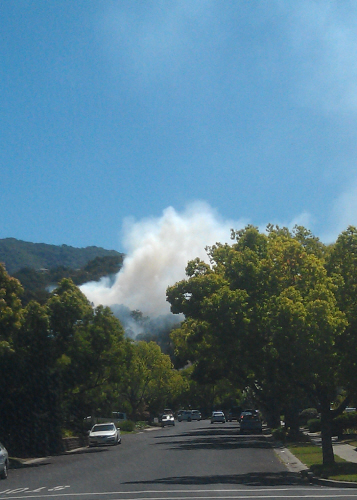 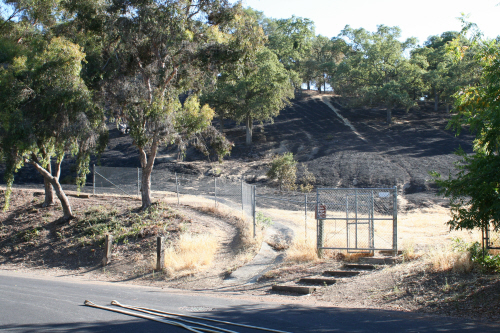 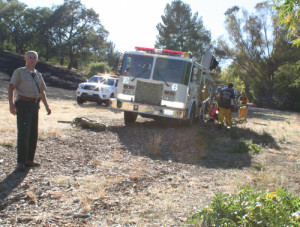 Alert from Mulberry School Regarding Dark Blue Van Near Belwood

My friend Kirstie Leary, who’s one of the owners of InsideLG.com, shared with me the notice from Mulberry School on Harwood Road today:

A white male in his 50s, driving a dark blue van, has been seen approaching young children in the Clovis Avenue-Harwood Road neighborhood, on the other side of Blossom Hill. Specifically, the man was seen driving down Clovis Avenue, and stopped near the corner at Amby Drive yesterday. He approached girls while playing in the leaves in front of their own house, indicating that he wanted to take their picture because they were so cute. When the man was approached by the parent, he took off in a hurry down the street.

There was reportedly a large teddy bear in the front passenger side of his van, which had the appearance of a work vehicle. The van was dark blue, about 10 years old, with an extension ladder on the roof.

The incident was reported to the police because it was suspicious and scary. Please call 911 if you see suspicious activity.

Please take a moment to share with your child what to do if approached by strangers. Working together to create a plan of how to handle such a situation can be most helpful for everyone.

Please keep your eyes open and call 911 if you see something suspicious! 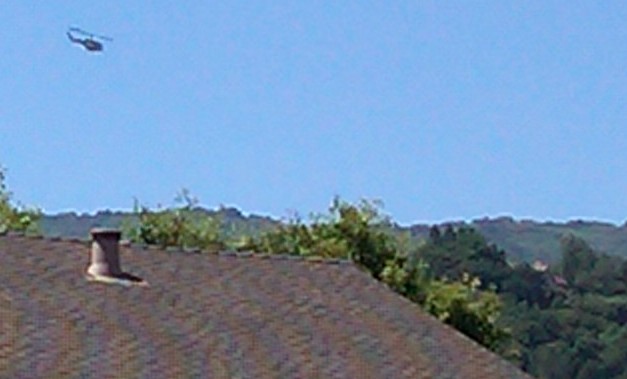 Graffitti in Belwood and Belgatos area? Unfortunately, yes. Report it! 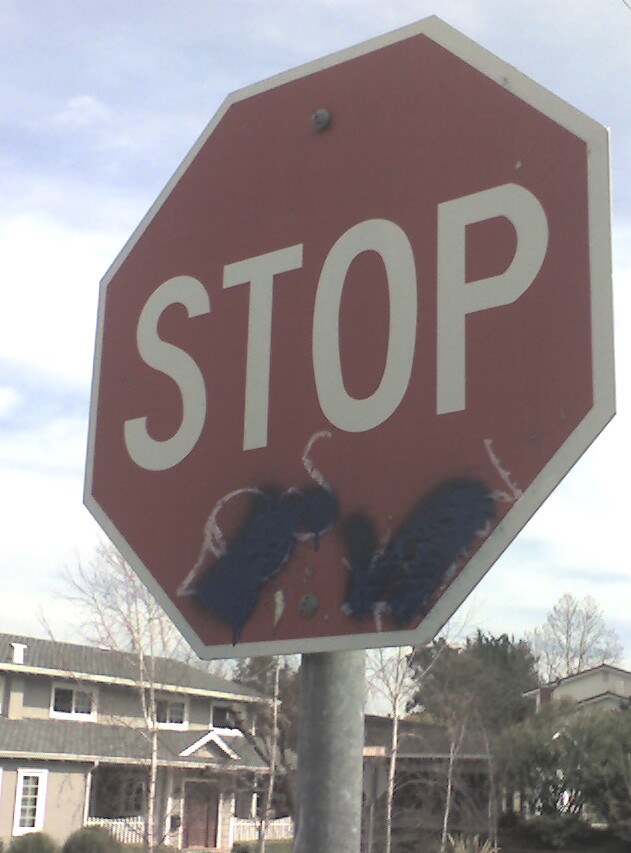 Have you seen the newly arrived graffitti in the Belwood (and Belgatos, and Surmont) areas of Los Gatos?

It’s easy to get it cleaned up: just phone or email it in!

About a week or so ago, Jim and I were out walking the dog when we saw some tagging on Harwood Road and I snapped some pics and emailed it in to the Los Gatos police. Within a couple of hours, volunteers had it all as good as new!

When I emailed the police, I copied Alastair Dallas of the Los Gatos Observer (a great online publication with Los Gatos news and commentary) and he did a piece about emailing the officials and how fast it got cleaned up.

What really surprised me, though, was that the next day, Daniel Garza of NBC 11 phoned me and asked to do a t.v. interview with me. It was broadcast on the 7pm news.

The next day, our letter carrier, Randy, told us that there was more tagging on Belvue – so I checked it out,  found one spot on a sign and another on a sidewalk,  and again emailed it in.

So what can you do if you find graffitti in Los Gatos?

Email: police@losgatosca.gov or Phone: (408) 354-8600
Give them the exact address so that they can ask the kindly volunteers to take care of it (and if you have a phone handy, snap a pic and send it along too – though that’s not necessary).

Let’s keep an eye out so that we can keep our neighborhood clean! 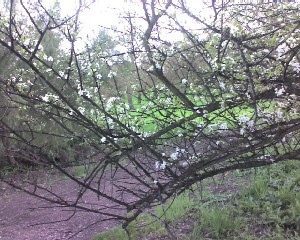 Thanks to the Santa Clara County Fire Department’s good folks in Los Gatos for assisting at Belgatos Park today. A woman found herself outside her locked car with two youngsters in carseats on the inside! Two towtruck drivers from Dick’s Automotive were also on hand to assist.

All’s well that ends well. The woman got her car unlocked, the kids were fine, ad everyone was happy for an easy and happy resolution. A good day in Los Gatos.