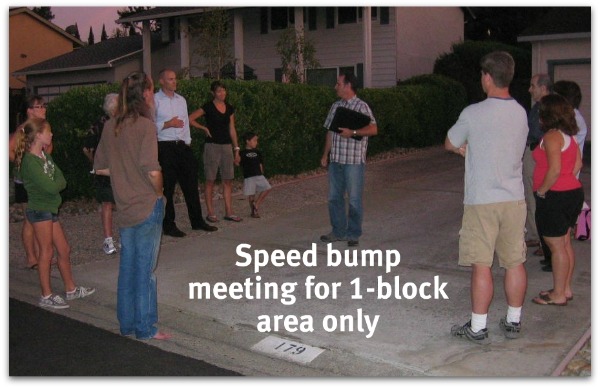 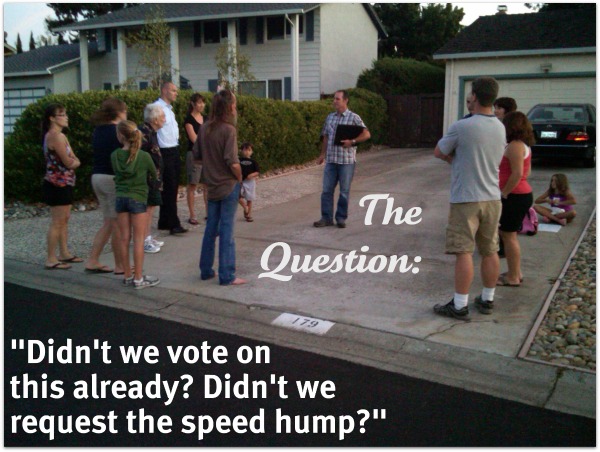 The answer was that some neighbors weren’t happy, and the town wanted to make sure that everyone had a chance to be heard and to see if more discussion were warranted.

Although not everyone saw eye to eye, it was a very cordial meeting on a small scale.  (This was not intended to be an all-Belwood meeting, hence no large public announcement. The people who live on this block are the ones primarily impacted so they were the only ones invited.) One neighbor felt that the two speed bumps should not have been voted together, that they were separate issues. (The “triangle” was treated separately.)  I could understand her point of view although I’m not sure what she would have preferred instead of the traffic-slowing hump.  We did not discuss alternate resolutions, only if the planned bump would go in or not.

Todd Capurso did take an informal poll and again the majority wanted the speed hump.  They also wanted to see it placed where the painting now exists, just before the road curves as motorists are heading into Belwood and Belgatos from Harwood Road. 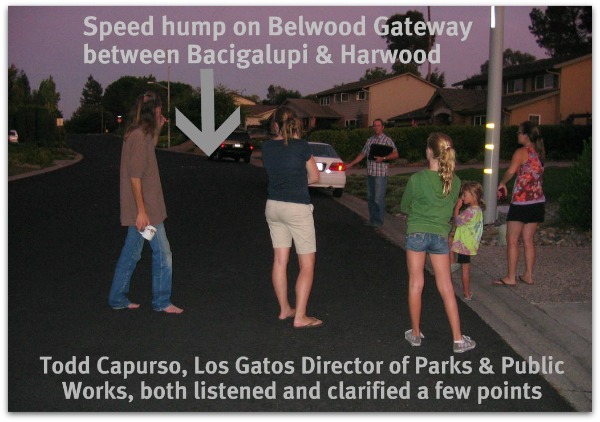 The resolution is that the speed bump will go in, as planned, where planned. But it is not permanent even then.  It will be re-evaluated in the spring, new tests taken on traffic, and again there will be a chance to voice feedback.

It’s nice to be in a neighborhood and a town where your voice can be heard, even if you are part of a dissenting vote.  And it’s nice to live in a community where people can discuss things while staying calm and allow others to provide an alternate view.  Thanks for letting me attend, take a few mental notes and snap some photos of civic life on a small scale playing out.