Tonight at the Belwood Cabaña in east Los Gatos, there was a community meeting of neighbors with a panel of officials to discuss the explosion at the yard on Westhill and Belblossom on March 5th.  Officials included Sgt Kerry Harris from the Los Gatos Monte Sereno Police Department, two men from P G & E (one named Tamon) and a representative from the county fire department.  Jim and I arrived about 1-2 minutes late so unfortunately I missed some of the names.  (My apologies to the panelists whose names I missed.) 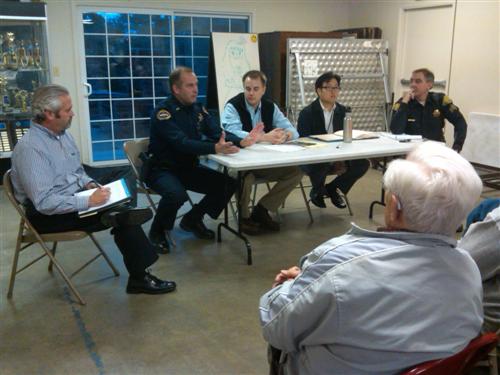 About 50 neighbors gathered at 7:30pm to this not-so-well publicized event (it was mentioned on this Belwood blog, the Nextdoor site and the Facebook group but did not make the local papers or even the edition of The Bellringer which was delivered to residents today).  Those of us who attended generally expected to learn what exactly had happened to cause the explosion.  Instead, we learned that P G and E has determined that it was not caused by natural gas (their arena) and therefore their investigation is closed as they are not the right entity to investigate other causes. The Town of Los Gatos appears to have done exactly nothing beyond the original police report (and of course, sending Sgt Harris over tonight, which was very much appreciated).

So what caused the explosion that seriously injured the gardener and caused the boom to be heard and felt up to a quarter of a mile or more away?  We still don’t know. Who’s doing an ongoing investigation to find out what caused it? As of tonight, no one.

This was not a happy revelation that as of now, no one is really investigating anything. The crowd was clearly displeased and uneasy with what feels like a ticking time bomb.  If we don’t know what caused this explosion, how can we possibly prevent another?  This was the reasoning of many of the calm, but concerned, voices.

Most felt that the power company had not done nearly enough to check on safety issues.  With a little prodding by the public, it was learned that the company could do more….and it sounds like Tamon, the pubic advocate within P G & E, will request that further testing take place.  It isn’t guaranteed to happen, but it would be a help. 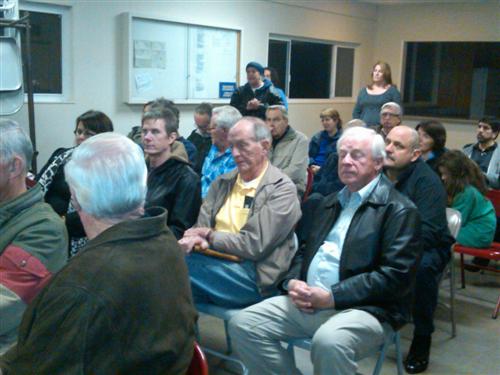 There was some news, though.  We did hear, for the first time, that when the explosion happened, there was a fireball “the size of two car lengths” followed by smoke of the same size. It seems to have dissipated rapidly.

We stayed for an hour – there were lots of questions, some more like long commentaries.  A few people expressed frustration and more than one appeared to simply vent.  It was mostly civil but had some contentious moments. The presence of both police and fire representatives was helpful, I think, to explain how each department got involved and what their roles were.  That was a plus. And while Tamon seemed caring and adept at working with the pubic, his counterpart didn’t share that talent and his repeated, terse replies to others’ comments of  “that’s not true” didn’t do much to warm up the community to him, or to the company, for that matter. (But thank you, Tamon – you did a good job under pressure.) 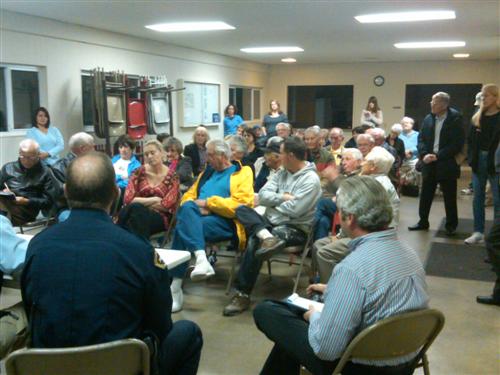 But the Belwood, Belgatos, and Surmont neighbors do know that this isn’t over yet.  This is not a “closed case”.  We deserve better.  All of Los Gatos does.