Two speed bumps have been planned for Belwood Gateway, one between Blossom Hill and Bacigalupi (close to Bacigalupi, actually between Belwood Lane and Belwood Court) and the second one between Bacigalupi and Harwood Roads.

Today I noticed that the areas with the speed humps have been painted.  Have a look at 2 images of the second one: 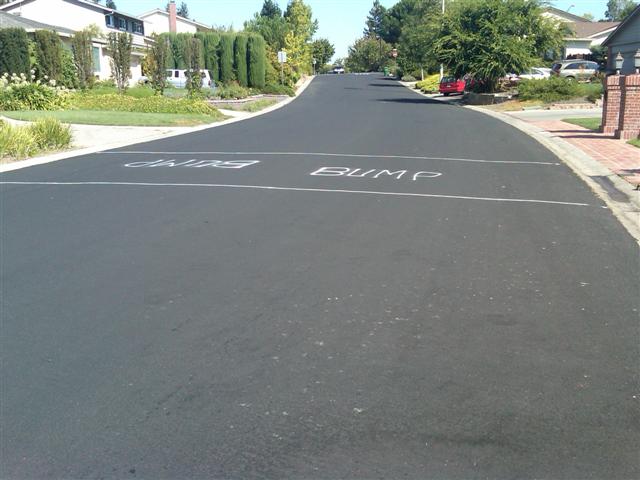 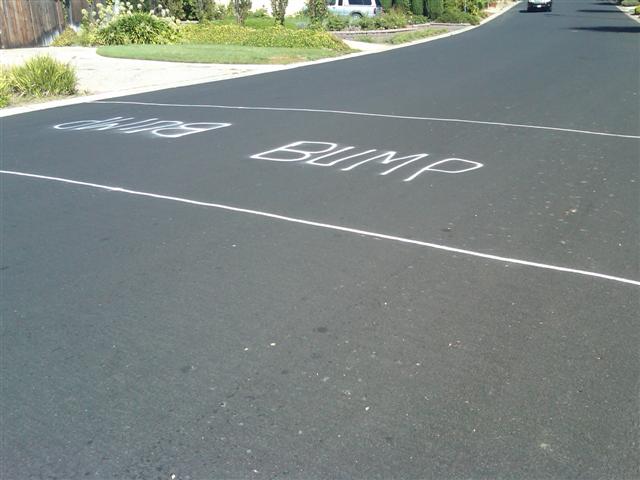 In case you missed the prior discussions, there are really two or three main problems in the neighborhood generally but apparently worse on Belwood Gateway:

Most days Jim and I take Bella, our aging and very lovable black lab, on a walk to the park or elsewhere in the neighborhood.  Virtually every time we step out, we see folks zooming down the streets at 35, 40 mph or more and just as often rolling through the stop signs – and sometimes not even slowing.  (The worse offenses I’ve seen are on Harwood but they happen everywhere.)  It’s especially dangerous near corners as people race through the turn and have no idea if there is a kid on a bike in the street, a car backing out of a driveway or what.

Please, neighbors and friends – watch your speedometer.  Look out for the stop signs and make sure you really do stop and not roll.